We’re days away from one of Hollywood’s most prestigious film award events, the Academy Awards, known colloquially as the Oscars. Happening on the 27th of March (28th in the Philippines 8:00am – 11:00am), the 94th Academy Awards will be honoring a myriad of films that have achieved monumental storytelling, visuals, acting caliber, and other technical aspects of filmmaking. Among the many movies nominated this year, the streaming giant Netflix captured major nominations for nine films from their library.

A subsection in your Netflix account will showcase all the nominated films, from sprawling feature films to feature and short-form documentaries and animation. And while we do recommend you to check each one of these beautiful pieces of art (the documentaries are riveting), we understand that not everyone has the luxury of time to devour these films in time for the Academy Awards.

So, we’ve narrowed down three films from the selection that we feel you should focus on first. Fair warning, there may be minor spoilers ahead.

Power of the Dog

With 12 nominations under its belt, including the prized Best Picture & Best Director (Jane Campion), Power of the Dog is a dramatic thriller set in the Wild West, particularly in 1925 Montana.

The relationships between the characters become more complicated when Rose decides to marry George and move in with the Burbanks. Phil grows antagonistic of the union and, at every opportunity, tries to make underhanded remarks to Rose. In addition, the living conditions drive Rose to become an alcoholic, slowly.

To light this already brewing powder keg, Peter comes over to stay during his summer vacation from med school.  Peter being openly effeminate only exacerbates Phil’s passive-aggressive bullying of Rose and Peter. This is because Phil harbors a secret – he’s gay (or the film hints at this severely).

What makes The Power of the Dog so powerful is the slow build-up and gradual decay of relationships among people who carry self-hating behavior brought about by the toxic masculinity that society imposed on them all the time.

While Benedict Cumberbatch’s Phil is set up to be the film’s tragic antagonist, the real villain in the film, we feel, is the implicit (or explicit) imposition of societal standards which excludes people who do not fall in line. The fear of being outed, fear of being shunned, and the self-imposed masking (and possibly hatred) makes Phil the tragic central character in The Power of the Dog.  His hypermasculinity and wanting to “fit in” while having a secret space where he can be his true self,  juxtaposed by Peter freely expressing his dandiness, is the cumulative clash of 1920’s mid-west homophobia viewed with a 21st-century lens.

Towards the end of the film, you understand Phil’s position but do not want to give him the redemption that he utterly craves. In other words, it leaves you broken up inside.

If Power of the Dog is a slow buildup to thrilling tragedy, The Lost Daughter is a sloping build-up to wonderful catharsis. The Lost Daughter was able to rack three major nominations for the performances of Olivia Coleman (Best Actress), Jessie Buckley (Best Supporting Actress), and Maggie Gyllenhaal for Best Adapted Screenplay. The Lost Daughter is also the directorial debut of Ms. Gyllenhaal which bagged her several awards from other award-giving bodies like the Gotham Independent Film Awards, Boston Society of Film Critics, and the prestigious Venice Film Festival (Golden Osella for Best Screenplay).

The Lost Daughter is told through the perspective of a college professor and linguistic translator, Leda Caruso (Olivia Coleman) while vacationing in Greece. She meets Nina and her rather boisterous family, who is also vacationing in the same vicinity where she’s staying. At first, this somehow impedes her holiday. Still, she quickly develops a mild curiosity with Nina (Dakota Johnson) and how she struggles to handle her three-year-old daughter, Elena (Athena Martin). This brings us to when Leda was a young mother (played by Jessie Buckley) struggling with her daughters and balancing career and home life altogether.

The back-and-forth timeline slowly gives us a fuller image of Leda, her many struggles of raising children, her dreams, aspirations, affairs, and what she had to give up to be where she is currently. The movie also shows us a different and mostly unspoken side of parenting – the ugly side, the side that women (young mothers or otherwise) sometimes hide in shame—that of the lure of abandoning one’s child to seek your own personal freedom.

The Lost Daughter explores thinly sliced layers of motherhood and shows them in the most unglamorous fashion that it’s scary, thought-provoking, but raw and refreshing at the same time.  It’s the quiet struggles that a mother can only understand, and the nuances played by both Olivia Coleman and Jessie Buckley masterfully show this. And while the movie goes to dark places, it does bring moments of levity and clarity for both Leda and the audience. In the end, there is a redemptive acknowledgment of the wonderful humanness of Leda regardless of how flawed and broken her past seems to be.

Out of the 3 highly suggested Oscar 2022-nominated shows to watch, this is by far our favorite solely because it’s actually the most commercially digestible of the three. Tick, tick…Boom! is based on the one-man semi-autobiographical off-Broadway play by Jonathan Larson (creator of the generation-defining musical RENT). Tick, tick…BOOM! on Netflix is also the first feature film directorial debut of Lin Manuel Miranda known for creating sick beats and generation-defining musicals such as In the Heights and Hamilton (also the songwriter for Encanto, Vivo, and Moana among others).

The film stars Andrew Garfield as Jonathan Larson who’s struggling to finally produce the musical he’s been working on for the past 8 years, SUPERBIA, (pre-RENT and pre-Tick, Tick, Boom!) hopefully before he reaches the dreaded three-O (30 years old). Tick, tick…BOOM! explores the plight of starving artists during the 90s in New York trying their luck and making their dreams come true. While the movie is based on the one-man rock monologue play, it also uses elements from its off-Broadway production as well as scenes re-imagined, cut, and integrated by Lin Manuel Miranda and playwright Steven Levenson (Dear Evan Hansen).

Miranda makes full use of the potential of cinema to capture dream-like sequences and dive deeper into Larson’s thoughts as he’s creating Superbia while singing songs in tick, tick…BOOM! Confused? Here’s a sample of Lin’s genius take.

The film opens with Jonathan Larson on stage singing to the audience as he would normally in his one-person rock monologue. Then, scenes shift to Jonathan Larson’s life interspersed with Jonathan Larson singing on stage. Finally, to make this more complex, there are scenes wherein Jonathan Larson will start to sing to express what he’s thinking or feeling as he goes through his day normally. The play of these three “stages” and the complex layering, cutting, and mixing makes Netflix’s tick, tick…BOOM! extremely special, and also makes the movie musical work.

Creating a movie musical is an enormous feat because of how little success the genre has received. And Lin Manuel Miranda, having produced musical theater on stage and worked in film, understood the challenge behind this.

Surprisingly, Andrew Garfield can hold his own in a cast of trained Broadway stars and musicians. The actor brings his decades’ worth of acting tool kit and mixes it with his newfound talent in singing, thus the Best Actor nomination.

But perhaps what makes tick, tick…BOOM, absolutely superb is the amount of respect the entire cast and crew had in undertaking this project. Jonathan Larson is such a beloved person in the modern Broadway scene. But unfortunately, he also tragically did not see his masterpiece come to life. On the eve of RENT’s first off-Broadway public show, Larson died of an aortic aneurysm. And Lin Manuel Miranda being so moved by RENT that he credits it as one of the shows that pushed him to create In the Heights – the musical that launched his career—wanted to pay the highest tribute to Larson, his life, his work, and his inspirations.

That’s why Miranda was able to create this particular scene (dubbed around theater geeks as the Marvel End Game sequence of Broadway) where he pays tribute to Stephen Sondheim, a hero to Jonathan Larson. The sequence also brings together other Broadway greats that have worked with either Larson, Sondheim, or Miranda and creates one spectacular rendition of tick, tick…BOOM’s Sunday – a pastiche of Sondheim’s Sunday in the Park with George.

This scene alone should push you to watch the film as a whole. If you’re into musicals, Broadway, or just want a special feel-good movie, Netflix’s tick, tick…BOOM! is placed high above our recommendation list. With your Smart Signature Plans+, you can watch all these and the other 9 Oscar-nominated films on Netflix for free*. Yup, your Netflix is On Us!  Enjoy fast and buffer-free viewing with Smart’s wide range of Data Packages and products, with the country’s fastest 5G Network according to Ookla (2021 Q1-Q2, Q3-Q4). Download Smart Giga Life App to know more.

*Netflix mobile is free with the Smart Signature Plans+, other bundles are available for an amazingly discounted price. To know more check out the official page: https://smart.com.ph/Pages/netflix 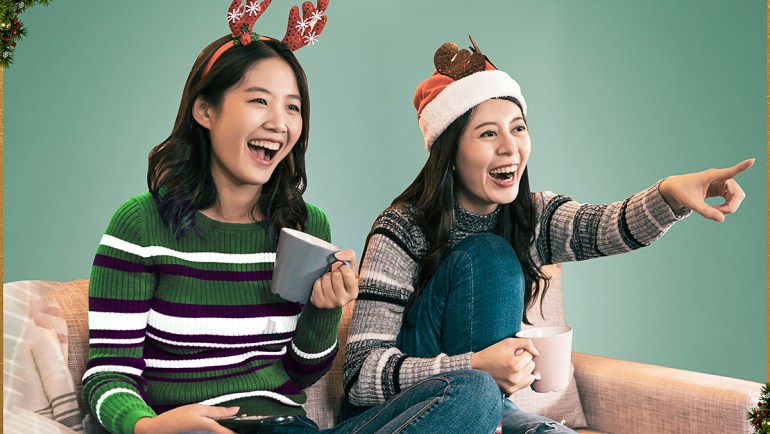 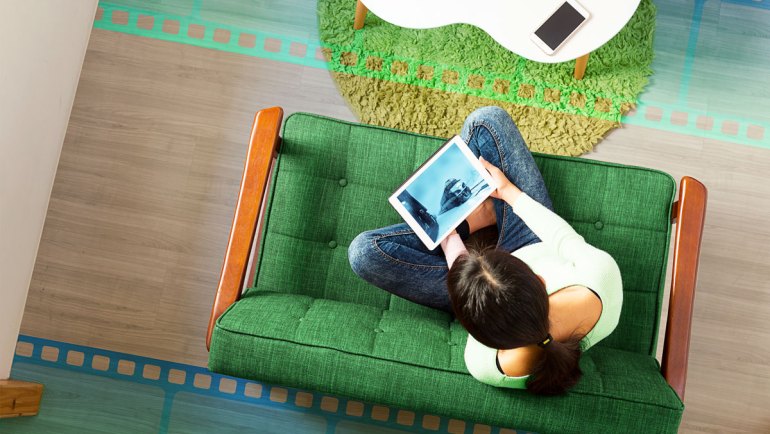