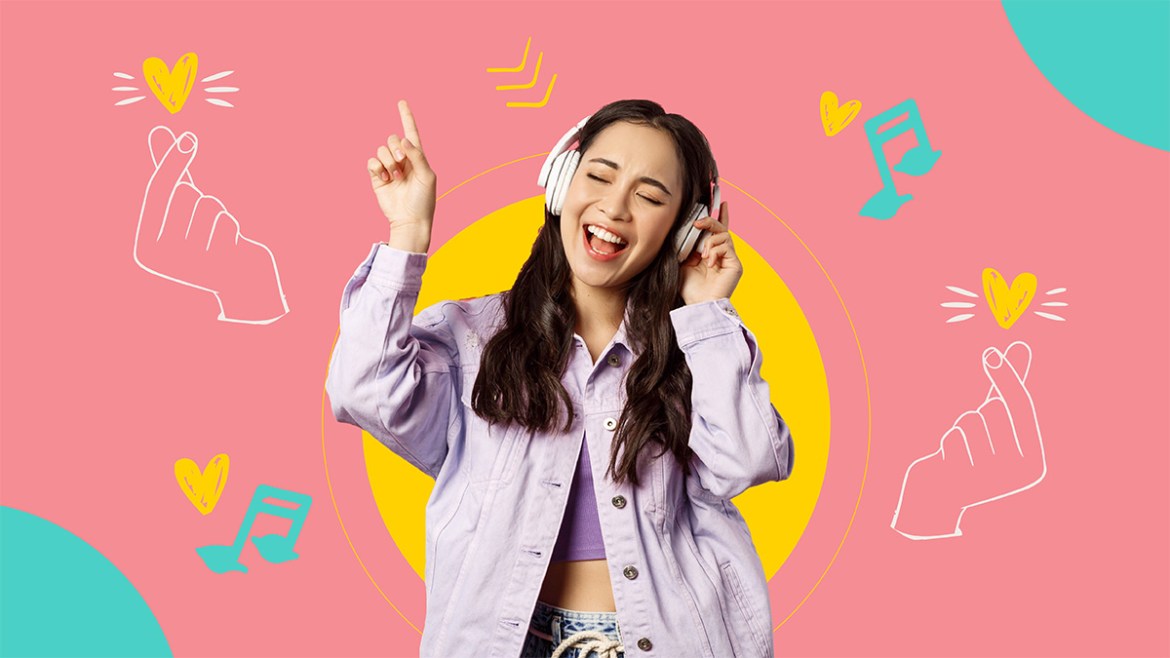 As a K-pop fan, most of the time you’ll come across groups that not a lot of people know. There are many budding artists in South Korea that have yet to let their light shine through in the K-pop industry. Nonetheless, they are all worthy of our attention and recognition. You’ll find that their music, though not currently mainstream, often have interesting styles and nuances that you won’t otherwise find in music from more popular groups.

And with the K-pop industry booming worldwide, it can get pretty difficult keeping track of all the talented groups out there. If you’re looking for some fresh new artists to add to your already growing K-pop playlist, look no further. Here, we round up all the underrated K-pop groups we think you should listen to.

A.C.E is a boy band under Beat Interactive and Swing Entertainment that consists of five members namely, Jun, Donghun, Wow, Kim Byeongkwan, and Chan. The letters in their group name stand for “Adventure Calling Emotions.” Their fandom is known as Choice. In their music videos, you’ll immediately notice the striking visuals and the group’s amazing talent for dancing. Their choreography and synchronization is just out of this world. Something about this group really makes you want to spend hours watching them perform and letting their beautiful vocals resonate in your soul.

Under Woollim Entertainment, Golden Child is made up of ten members: Daeyeol, Y, Jangjun, Tag, Seungmin, Jaehyun, Jibeom, Donghyun, Joochan, and Bomin. Their fandom is called GOLDENNESS. The boy group is known for having a versatile, fun, and upbeat collection of songs which you can listen to for any mood. Part of the reason why you know they’re going to make it big in the industry is their overwhelming love and support for one another; teamwork within a group makes all the difference. The members in Golden Child are so different from one another that you’ll find who your bias is in no time.

Cherry Bullet is a seven-member girl group created under FNC Entertainment. It includes Haeyoon, Yuju, Bora, Jiwon, Remi, Chaerin, and May. Their fandom is called Lullet, which is an acronym for Love, Unique, Light, Laugh, Everlasting, and Treasure. Similar to their group name, their songs possess that sweet, vibrant, and cheerful vibe. It’s quite easy to set them apart from the other K-pop girl groups as their constant back-and-forth between being cutesy and edgy makes so much of their music pleasing to listen to. If you’re in dire need of a quick pick-me-up, then this group should be at the top of your list.

VAV’s band name is an abbreviation for Very Awesome Voice. It’s a seven-piece group under the A Team Entertainment label and is composed of St. Van, Baron, Ace, Ayno, Jacob, Lou, and Ziu. Their official fandom name is Vampz. Their songs are usually described to be absolute bops which you’d want to listen on-repeat every day. You’ll appreciate how their individual voices come together and how incredibly complex their dance routines are. Outside of their performances, the group is known for being down-to-earth, hilarious, and caring to their fans. They serve as an inspiration and offer you that positive, albeit temporary escape from the world.

Unlike most K-pop groups, KARD is a four-member group formed under DSP Media with male and female members. It is made up of J.Seph, BM, Somin, and Jiwoo. Their fandom name is Hidden Kard. Aside from K-pop, they also release songs in other genres like EDM, hip hop, and house music. The group is set to change the course of the K-pop industry with the not-so-usual overtones and messages in both their songs and music videos. The way this group just wants to put their music out there for the world to hear and their desire to promote their own kind of style are what really makes them admirable.

Composed of nine members, SF9 is a boy dance group under FNC Entertainment. It is made up of Youngbin, Inseong, Jaeyoon, Dawon, Zuho, Rowoon, Yoo Taeyang, Hwiyoung, and Chani. Their fandom is called Fantasy. There’s just so much to look forward to from this group because they also incorporate R&B, hip hop, EDM, and dance music into their albums. All the fanfare about this group is well-deserved—their vocals, choreography, and raps are always what keeps their fans coming back for more. Their songs can get stuck in your head and you’ll find yourself humming these catchy tunes for days.

Dreamcatcher is a girl group by Happy Face Entertainment and under Dreamcatcher Company with seven members—JiU, SuA, Siyeon, Handong, Yoohyeon, Gahyeon, and Dami. Their fandom is named InSomnia. The group’s name is an appropriate illustration of the concept they are going for (we’re guessing dark and creepy) with each member representing a certain fear. You’re going to want to keep your eyes peeled for their strangely hypnotizing music videos with dream elements weaved into them. One thing’s for sure, they don’t disappoint when looking for fresh ways to release their songs. And we always stan a group that has a flair for the dramatic.

Loona, under Blockberry Creative, is a 12-piece girl group consisting of Yves, JinSoul, Kim Lip, Chuu, Haseul, Vivi, Heejin, Hyunjin, Go Won, Choerry, Olivia Hye, and Yeojin. Their fandom is known as Orbit. Their music style is pretty unique considering how diverse the talents of each group member is. Even their choreography is always on-point so that’s something to look forward to in the MVs. You can literally listen to any of their songs to your heart’s content and you’ll never find yourself getting tired of hearing them. Don’t even get us started with the Loonaverse and how each of their music videos may or may not actually be connected to each other.

Formerly iTeen girls, Weki Meki is made up of eight members including Choi Yoo-jung, Kim Do-yeon, Sei, Lua, Ji Su-yeon, Elly, Rina, and Lucy. They are under Fantagio Music and their fandom name is Ki-Ling. Most of their earlier songs are masterpieces in themselves in that each of them tells a story and perfectly translates the misgivings of love and relationships. Their music can be true confidence builders to help you power through a tough week and put a smile on your face. Besides this, the group is sure to effortlessly charm their way into your hearts with their cool auras and the seamless way they transition from genre to genre within their albums.

Day 6, under JYP Entertainment, is a boy band that performs not only K-pop, but also alternative rock, pop rock, and ballads. The group is composed of five members namely Jae, Young K, Dowoon, Wonpil, and Sungjin. Their fandom is called My Day. Day 6 is far from being just your ordinary K-pop group as they play their own instruments, compose their songs, and have voices that mesh well and sound flawless together. They’re a handsome and unbelievably talented bunch that’s slowly making a name for themselves. Just be prepared: Their soulful singing will most likely hit you right in the feels.

Want to discover more K-pop idol groups to stan? You can go check out Youtube for the freshest track releases and music videos from your favorite K-pop groups as well as rising stars in the industry. Stay in the loop for all things Korean with Smart’s Giga K-Video. With this promo, you not only get open access data allowance and 1 GB daily data for Youtube and VIU, but you also get a VIU Premium subscription. Now, there’s no excuse not to fuel your love for your oppas and girl crushes. To learn more about Giga K-Video, click on this link. 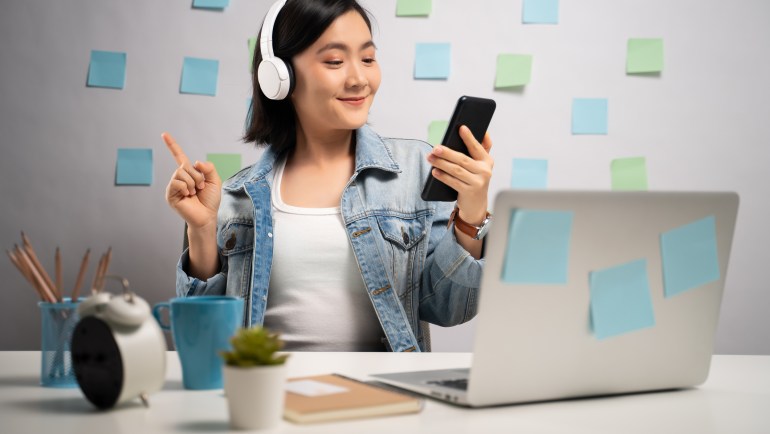 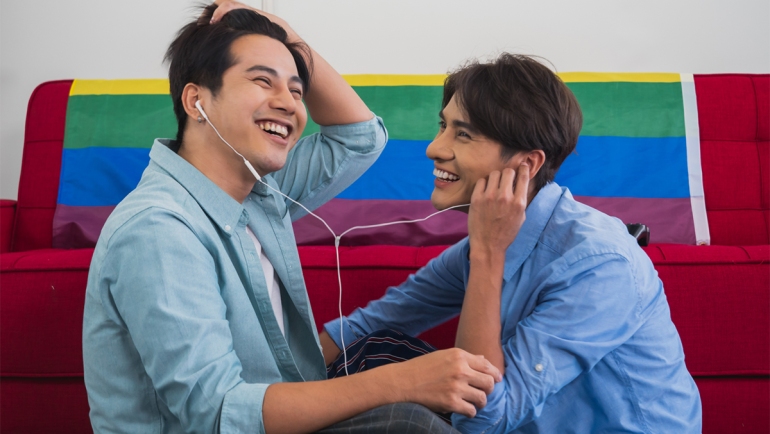 You Should Include These Loud and Proud Tunes to Your Playlist