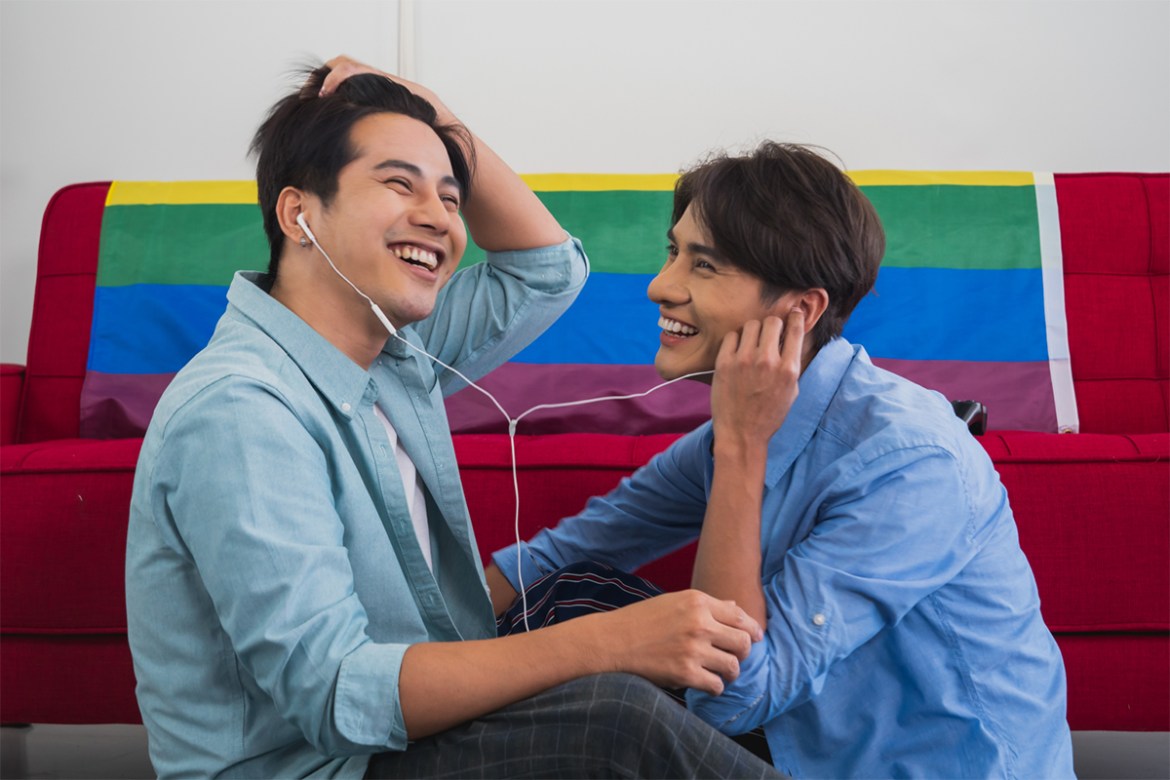 You Should Include These Loud and Proud Tunes to Your Playlist

The LGBTQ+ community has come a long way in getting their voices heard. There’s still more to be done, for sure. But as of today, we can proudly say that LGBTQ+ artists are finally getting the recognition they deserve.

To cap off Pride Month with a bang, we present to you fresh faces from the new wave of LGBTQ+ musicians. These homegrown and international artists are revolutionising the music scene one single at a time. So, spice up your usual playlist and support these LGBTQ+ artists by streaming their music.

girl in red – a nod to the girl who first broke her heart – openly lived out a queer identity by the time she was 16. The singer released some homemade bedroom pop tracks about romance and mental health that caught people’s attention. Soon, Paper and The New York Times got in on the excitement, dubbing girl in red as “a queer icon”, “a phenomenon”, and “one of the most astute and exciting singer-songwriters working in the world of guitar music.” girl in red is an expert in low-fi tunes that are tender, sometimes anxious, but always truthful, and we’re all here for it!

Check out her songs “Rue” and “We Fell In Love in October”.

Whatever sexual orientation we identify with, it shouldn’t stop us from creating beautiful things together. Just ask eclectic French trio Joseph, Gabrielle, and Louis. Both Louis and Gabrielle identify as gay, and so what? Together, the three create catchy, electro-bops that fuses indie pop, rock, and electronic music while giving off strong 80s vibes. Think HAIM, Led Zeppelin, and Ariana Grande all rolled into one. Interesting? Oui!

In fact, they have already been dubbed “one of the most exciting bands on the planet”. Lyrically, their songs touch on relationships – its highs, lows, and everything in between.

Check out their songs like “Could U Stop” and “Embrace”.

Out-and-proud local singer-songwriter keeps it cool and drops inspired, unrushed singles unannounced as is his style. Kio’s indie-electronic music fuses his two opposite sides: one that is fascinated with dark stories, aliens, and witches, and one that is influenced by Harajuku and all things bright, vivid, and pink.

Kio’s infectious beats are inlaid with narratives from his own experiences of relationships, love and loss, and sexuality. Recently, Kio has been tinkering with the thought that the LGBTQ+ community needs a stronger voice in the music scene, a thought we may soon hear in his upcoming singles.

“If we’re talking about my past releases, it mostly revolves around escapism, depression, anxiety, and social issues. I was in a bad place and it reflected in my work,” Kio reveals. “But if you’d ask me now, the future will be representing the different faces of the LGBTQIA+ and it will be literal.”

He adds, “I really think we need a voice in this country in the scene. This could be me, it could be anyone. I don’t really care who, as long as we get to have proper representation.”

Check out his songs like “Maybe Some Other Time” and “Man in My Dreams”.

Rapper Tia Carys understands the role music plays in shaping how people think, and how it influences the future. That is why Tia has taken it upon herself to make space and create “music for kids that don’t fit in.” Her fierce and honest freestyles revolve around topics on relationships, self-harm, social media, and sexuality. Last year, she opened up about her bisexuality in her song “Intro”. She talked about the moment she first developed feelings for another girl and how she dealt with her fear of judgment from others and from herself. Her storytelling is one of clarity, vulnerability, and poise.

Check out her songs like “Intro” and “Reflect in Mirrors”.

If you’re a fan of Jason Mraz, John Mayer, and Ingrid Michaelson, then you’ll like Cavetown’s acoustic tunes.

The alternative indie singer-songwriter had a fan base on his Youtube Channel. But, his rise to fame began after he released several viral songs and collabs with other rising artists. He became a bona fide pop star after the launch of his debut album “Sleepyhead”, which featured his signature bedroom pop and soul-searching narratives.

Cavetown’s musical style ranges from bedroom pop, ukulele ballads, to emo-infused music. His lyrics tell tales of love and loss, and moments where he tries to make sense of the world around him.

Check out his songs like “Lemon Boy” and “Boys Will Be Bugs”.

Growing up, British artist Lave La Rue wondered why queer folk weren’t represented in RnB music. And even if they were, the songs were considered a “niche”. So, the singer made it a point to state her non-binary stance loud and clear in her funky, psychedelic, soulful, boom-bap RnB that has landed her on everyone’s one-to-watch list.

On this, she explains, “I wanted to see someone who looked like me – and who loved like me – thrive as a rock star, like all them old white dudes from the ‘70s. And I know there’s a lot of kids that feel the same. I wanna open windows for this to be able to happen.”

Expect a lot of spoken word on queer self-love, femme solidarity, and politics.

Local RnB singer-songwriter, filmmaker, and out-and-proud trans Stef Aranas is one-half of the duo Stef and Euge. Their single, “Eye”, was what launched their music careers. Together, they create tracks that offer comfort and inspiration to queer folks, as well as tracks on love and politics.

“Whenever I get messages from other queer people who feel validated or inspired by our music, it is the most validating, uplifting thing in the world,” said Stef.

One of their Pride anthems is “Live for Love”. The song encapsulates Stef’s hopes for a future world that finally embraces queer and transgender individuals like herself.

Check out their songs like “Live for Love” and “Unrest”. 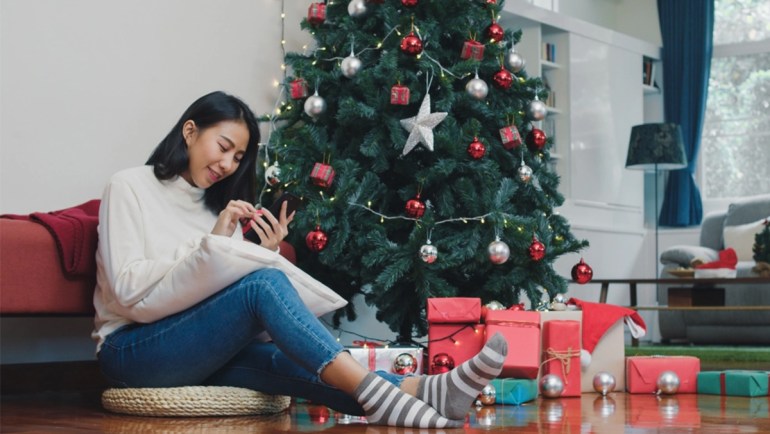 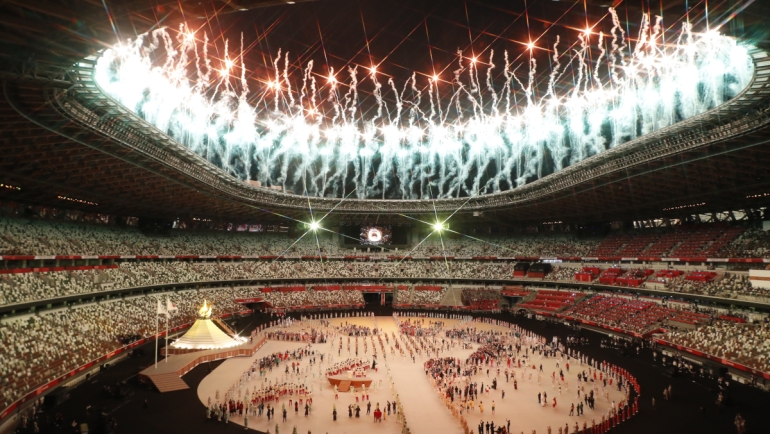