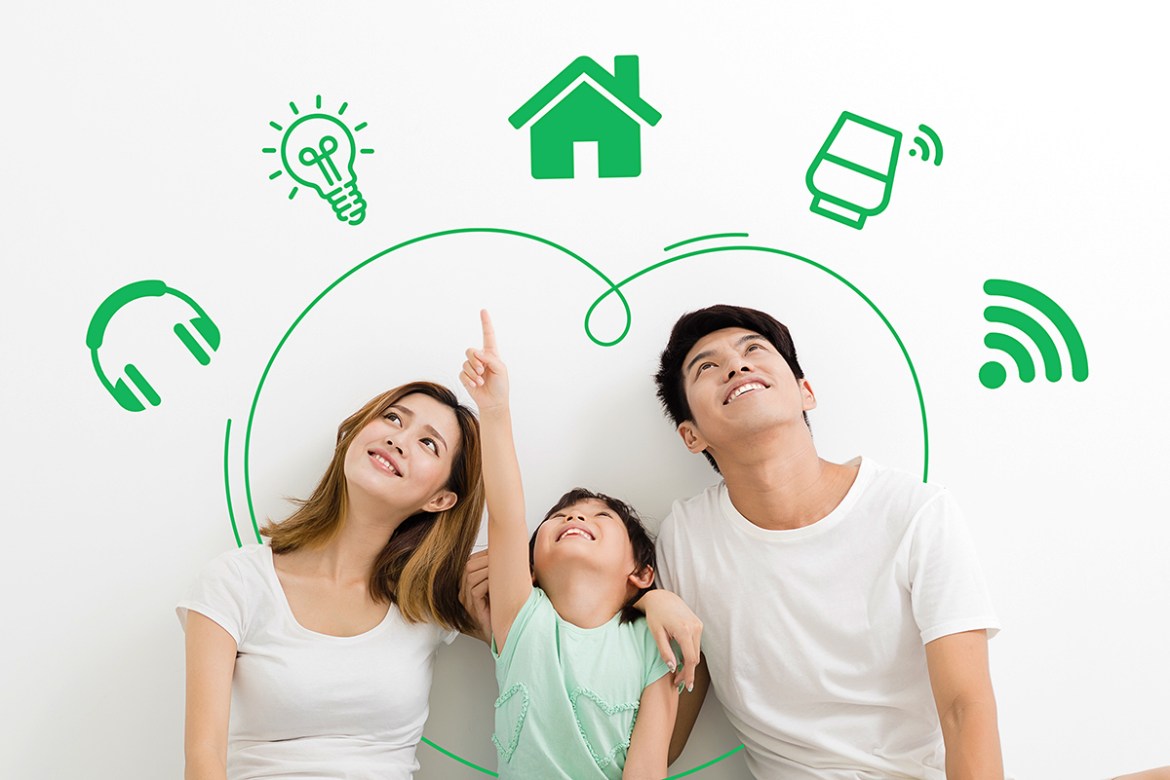 5 Ways to Turn Your House Into a Smart Home

Turning one’s house into a smart home used to be a far-flung concept that was only accessible to a few.

But nowadays, it’s become extremely easy to begin the transition to living in what can be called a smart home.

With companies releasing more affordable and accessible smart devices, anyone can add them to their house to get started.

We’ve listed five ways how you can begin turning your house into a smart home.

Smart speakers have slowly become more popular over the past few years as companies like Google, Amazon, and Apple have made theirs either more affordable or accessible.

However, the term smart speaker doesn’t really give these devices justice as they are able to do much more than just output audio through Bluetooth and built-in apps like Spotify.

They feature mini virtual assistants, able to remind them of tasks, schedule events and meetings, control other smart devices, and more.

It’s an incredibly versatile accessory that allows users to easily relegate certain tasks to it.

While Google and Amazon have their own respective range of smart speakers, there are other companies that manufacture smart speakers that use either Google’s or Amazon’s platform, making them more widely available.

On the other hand, Apple exclusively manufacturers their smart speakers.

So, choosing which smart speaker to purchase will really depend on the virtual assistant and ecosystem you would prefer to use, which may also hinge on whether you’re using an Android smartphone or an Apple iPhone.

Smart lighting devices used to be mostly out of reach for many consumers due to their expensive price tags.

Recently, many affordable options or alternatives have slowly become more available so more people can experience the conveniences of smart lighting without breaking the bank.

There are smart bulbs that users can install in their pre-existing lamps and light fixtures.

You can even purchase smart outlets that users can plug their existing lamps into to control them remotely.

Smart bulbs and lamps come with an array of different features such as the ability to control either its color or color temperature as well as its brightness.

Some even allow you to schedule when they switch on or off or program them to change their color/temperature or brightness at the same time.

Many smart lighting solutions work with platforms such as Google Home and Apple’s HomeKit.

They links them to one’s smart home device network making them controllable through one’s smartphone.

Companies like Philips still produce some of the best smart lighting systems in the market.

While Philips has an incredibly wide range of smart lighting solutions, they come at a pretty hefty price tag.

For those on a smaller budget, other brands such as Xiaomi have come out with both smart lamps and bulbs that are more affordable.

Also, alternative options such as smart outlets can also be an option for those who want a simpler and more budget friendly solution.

Home security systems have been around for a long time but were mostly inaccessible due to the cost.

Current technology has made it possible for almost anyone to set up their own smart home security systems.

There are a quite a number of individual products that people can purchase to protect their homes.

There are smart cameras, doorbells, smoke and motion sensors, hubs, and more.

People can go as little as installing a few smart cameras to monitor parts of their home or as far as setting up an entire suite of smart home security devices.

While there are still professional smart home security systems available in the market, they’re still pretty expensive to purchase and maintain due to subscription fees.

However, professional smart home security systems have their own advantages as they offers services such as professional monitoring and response, external storage and backup, and installation and maintenance.

For those who want to set up their own smart home security systems, there are a number of brands available in the market that sell individual products or kits.

It’s easy to manage since you can access and control these devices via mobile apps or software.

A lot of them also support voice control via Amazon Alexa, Google Assistant, and Siri, allowing users to activate features through voice commands.

The advent of smart appliances has made certain tasks around the home much easier, helping people save more time and energy.

Smart appliances can range from more conventional ones like smart ovens and refrigerators to more unusual ones such as smart trash cans.

From cooking to cleaning and more, smart appliances can contribute to make managing a home much easier.

They offer convenient features such as remote monitoring as well as scheduled and automated operation, among many others.

Some smart appliances can even help users save money in the long run by being more energy efficient.

Users can schedule smart appliances like smart coffee makers and vacuum cleaners to automatically start working at a certain time.

They can also monitor the status of their smart ovens and other smart cooking appliances, and even track the items that are currently in their smart fridges.

Smart appliances can even send notifications to the user’s smartphone while some can be controlled via smart voice assistances such as Alexa, Google Assistant, and Siri.

While smart appliances can get pretty expensive, such as smart refrigerators or ovens, there are some that are more affordable and accessible.

Moving to some smart appliance can also lead to energy savings in the long term, which can make up for their higher price tag.

Finally, as households start using more smart devices, having a reliable internet connection throughout the household is essential.

This is difficult to achieve with just a single wireless router especially for homes with with multiple floors or rooms.

This was previously solved by using multiple routers or extenders, which led to houses having redundant WiFi networks that you have to manually switch between.

However, with the advent of Mesh WiFi systems, users are able to set up a singular reliable WiFi network throughout their entire home.

With a Mesh WiFi system, users are able to freely move around their house without manually switching between routers.

Companies like Google, ASUS, TP-Link, have each come out with their own Mesh WiFi kits that are easy to set up and install.

It used to be intimidating but now easier and more affordable for people to start transitioning their household into a smart home.

Most of the devices, gadgets, and accessories we’ve listed can either be used with or controlled by the latest Android and Apple smartphones in the market, such as the Samsung Galaxy Z Flip3 or Apple iPhone 13.

These and other 5G smartphone models, which include some of the latest 5G gaming phones, are available through Smart Signature Postpaid and Prepaid offers. 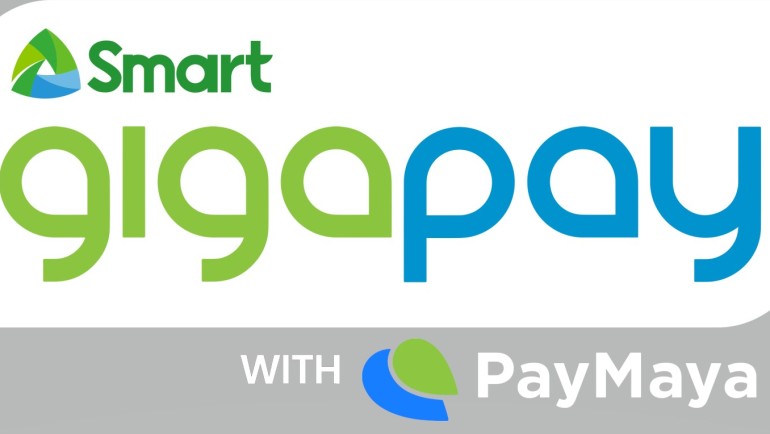 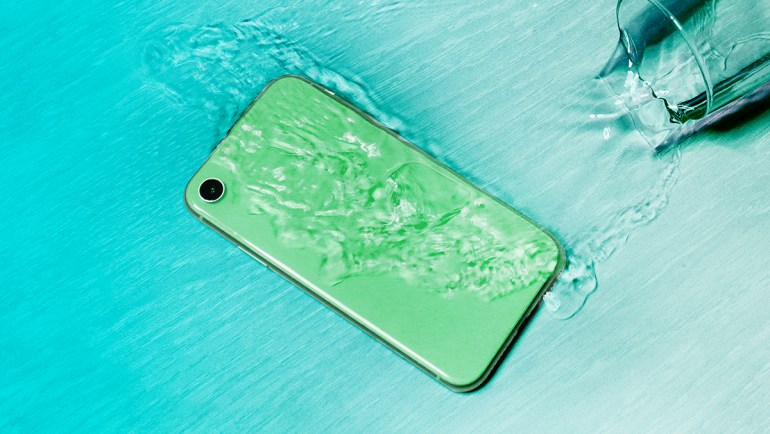 How to Check if Your Phone has Water Damage