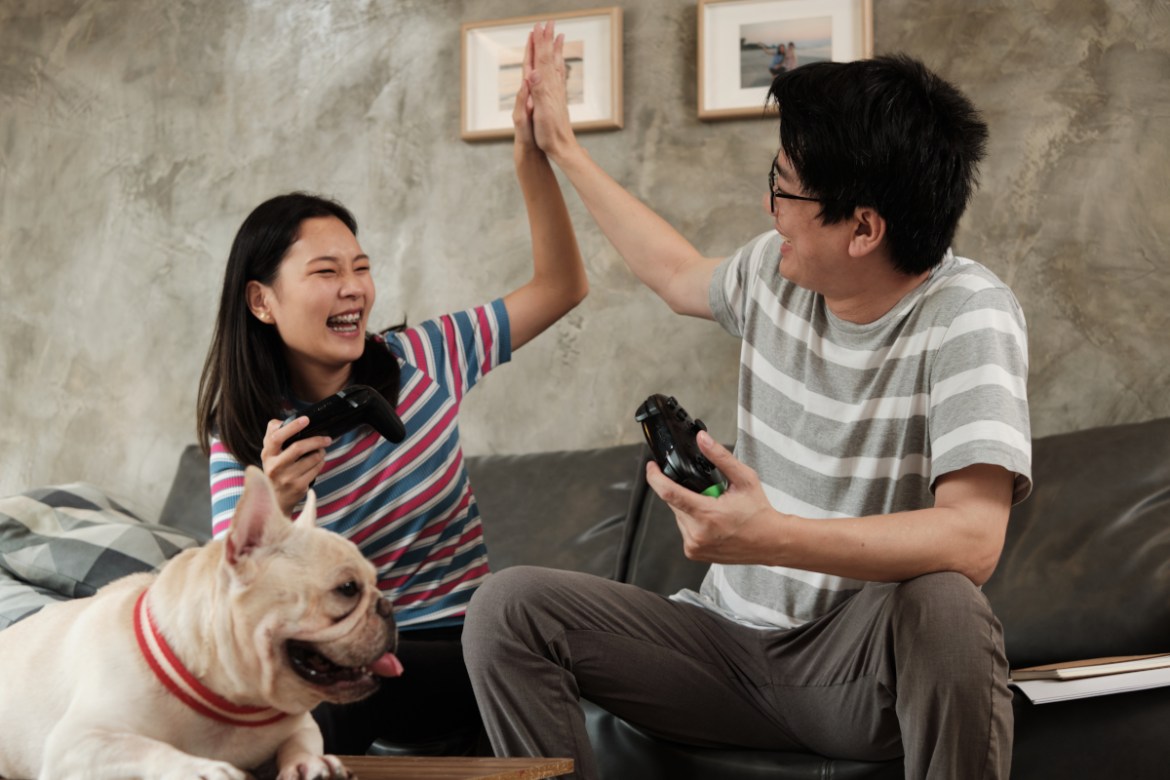 8 New Video Games You Should Play This August

Gaming continues to be one of the most popular activities in 2021 as people remain indoors and find fun ways to stay entertained. Whether you’re a noob or an experienced gamer, you’ll definitely have a blast trying these eight highly anticipated video games out this July and August.

Developed by Capcom and Marvelous, this epic role-playing game (RPG) has sold over one million copies since its release. As a Monster Rider, your mission is to collect, hatch, and create bonds with 81 friendly Monsties while putting down gruesome beasts that attack you and upset the ecosystem. You get to fight alongside the Monstie of your choice (equipped with either Power, Speed, or Technical-type attacks) and arm yourself with customized armor and slash, blunt, or piercing weapons that can be switched mid-battle.

Why it’s a must-play game: Similar to the Pokémon concept, Monster Hunter Stories 2’s egg collecting feature may be your initial reason for playing the game. However, it’s the rite of channeling—a complex system that lets you select a genetic trait of a monster and move it to power up another Monstie—that will surely keep you hooked.

Dubbed as “the earliest adventure in the Legend of Zelda series,” this one-player Nintendo video game puts you in the shoes of Link—a sword-and-shield-brandishing hero whose origin story is revealed as he goes on fetch quests within labyrinthine locales and floating islands. Fans of the classic 2011 Wii game will appreciate playing this high-definition remastered version with nifty controller and game upgrades.

Why it’s a must-play game: You literally get to be the legendary hero Link as he battles it out with intense enemies! Swing your Joy-Con controller at various angles and see how the sword moves on screen.

Available on: Xbox One, Xbox S/X, and Microsoft Windows

Considered by many reviewers as the best indie game of 2021, this darkly comedic game is all about a Crow who reaps souls for a living and accidentally loses an assigned soul. With the use of the Doors, you travel across macabre realms to track down the soul-stealing thief, battle it out with colossal beasts, encounter twisted inhabitants, and uncover the truth behind the flow of souls.

Why it’s a must-play game: Solving puzzles (mostly focused on hitting switches, collecting keys, and unlocking gates) and locating items hidden within beautifully drawn stages while haunting melodies play in the background are sure to keep you entertained for hours.

Release date: July 21 (to be released on iOS and Android devices in September)

A multiplayer online battle arena (MOBA), Pokémon Unite lets you team up with four members and use your favorite Pocket Monsters to take part in a five-on-five strategic battle game. Select from 21 playable Pokémon characters with signature abilities, and find out which team can fight better, maneuver smarter, and earn the most points on the map.

Why it’s a must-play game: Your teamwork and strategy skills will be honed whenever you play a 10-minute team battle. Plus, working with a different character with only two activated abilities during a match, and choosing another path to take on the map will yield unpredictable results each time.

Available on: iOS and Android devices

Hooked on Netflix’s The Witcher? Now you can follow in the footsteps of Geralt of Rivia with this free, augmented-reality exploration game set in the real world. To gain the right to be hailed the best monster slayer, you must pick the best weapons and armor, concoct the right potions and oils, hunt down life-sized monsters, and embark in dangerous quests.

Why it’s a must-play game: The lure of the game is successfully tracking and killing all 100 wicked-looking monsters found at random times of the day and in various real-life settings. But another reason to try it is to learn more about The Witcher lore revealed through comic book-style illustrations.

NEO: The World Ends With You

Available on: Nintendo Switch and PlayStation 4 (to be released on Microsoft Windows in 2021)

A follow up to the 2007 hit The World Ends With You, NEO is a single-player, action RPG set in the hyper-realistic realm of the Shibuya district in Tokyo, Japan. The video game uses edgy 3D graphics and dynamic beats to set the stage for fast-paced, mind-bending combats between people who’ve met untimely deaths. Competing in the “Reaper’s Game,” they get a chance to live again by solving riddles, collecting pins (which activate abilities), succeeding in solo attacks, and chaining multiple battles.

Why it’s a must-play game: Fashion, food, and social connections are cool components that enrich this RPG. Purchasing a certain clothing item or dining at a particular restaurant in Shibuya helps you power up, while receiving friendship points from people you meet in the game grants you surprise perks. Looking for music CDs and books can also improve your gameplay.

Similar to its 2005 predecessor, Psychonauts 2 is a third-person comedic narrative game that centers on Raz, a newly graduated Psychonaut with psychic powers. The Tim Schafer-directed sequel promises to be packed with offbeat dimensions and more revelations about Raz’s “cursed” family, but the best part of playing this game is getting the chance to develop his new psychic abilities: projection, time bubble, and mental connection.

Why it’s a must-play game: Double Fine Productions makes the video game entertaining yet informative at the same time. As players solve mental-based mysteries in trippy levels, they learn a thing or two about dealing with anxiety and managing various personalities projected to others.

Get ready to hack and slash in the newest installment of the No More Heroes franchise. As professional assassin Travis Touchdown, you must navigate your way around the metropolitan archipelago to earn money. This hard-earned cash lets you enter ranked battles to eliminate outer space baddies, and work your way to face off with top ranking galactic superhero, FU.

Why it’s a must-play game: It’s healthy to release all that pent-up anger, and this mature-rated game allows you to do all that without harming others IRL. In it, you can strike powerful blows with your trusty Beam Katana (using the Joy-Con controller as your sword), activate strategic skills with your Death Glove, and employ 12 killer suplex moves.

While saving up for these new video games, why not play Arena of Valor, Clash of Clans, Clash Royale, League of Legends, and Mobile Legends on your Smart 5G-powered phone? With the Giga Games promo, you can play games or even watch live streams of the hottest games on Facebook Gaming. The Giga Games even includes data to access any website or app, plus an additional data allocation for games. Register by dialing *123# or download the GigaLife App ​​to subscribe to the latest Smart data promos! 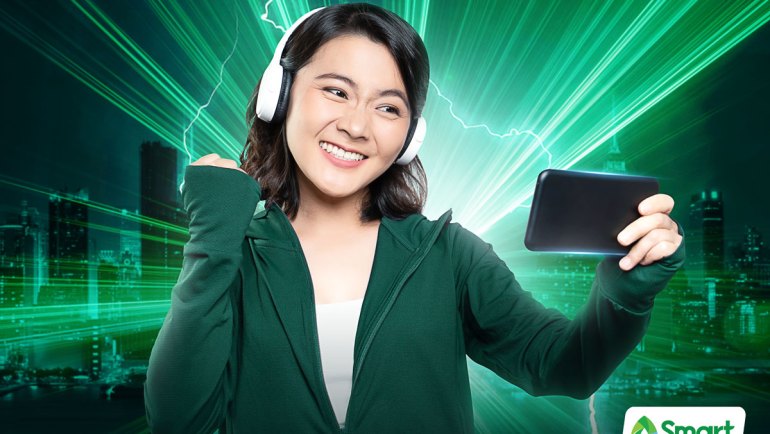 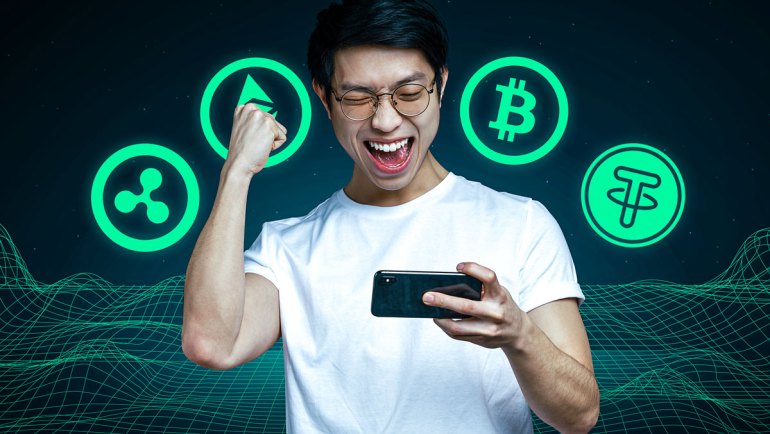