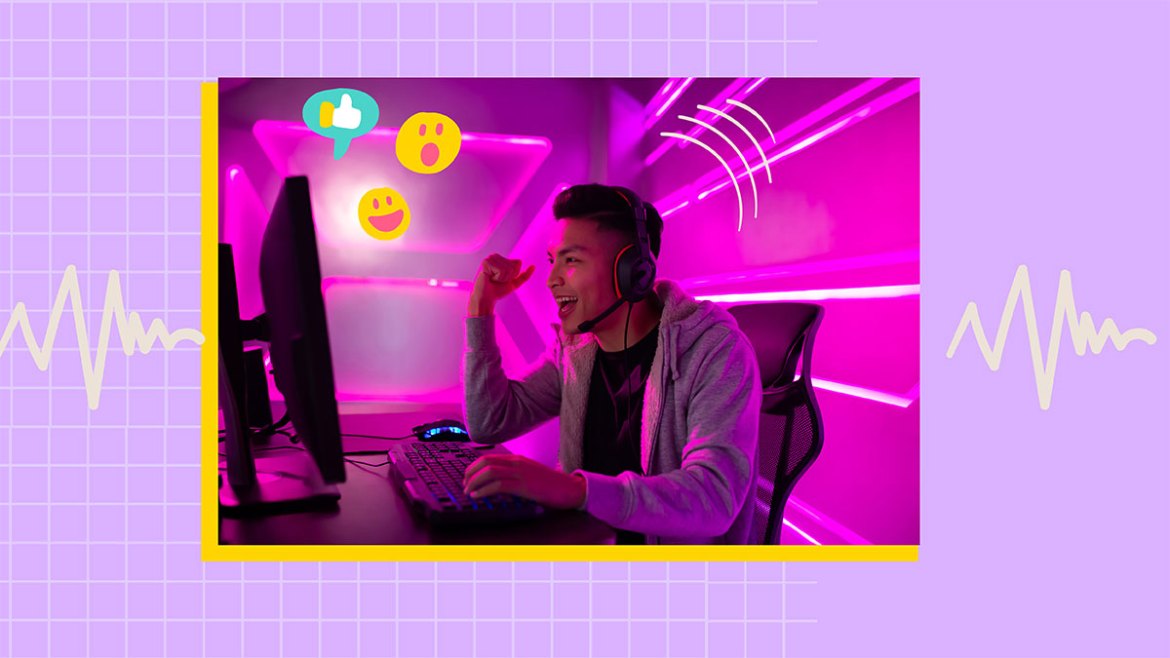 LOOK: These Are the Most Anticipated Video Games for 2021

Another year, another set of cool new games to look out for. The past year may have been a particularly strange year, but a lot of video games have kept people sane and busy in their homes during the pandemic. From action-packed adventures, interactive thrillers, narrative-driven gameplays, and adrenaline-pumping battle and warfare, the different games released by popular gaming franchises just keep getting better and better.

With the new and upcoming video game releases well underway, the future definitely looks brighter and even more exciting. Factor in the arrival of the hottest gaming consoles PlayStation 5 and Xbox Series X and you’re in for a different kind of gaming experience. Despite the uncertainty of the release dates for some of these games, 2021 nevertheless brings with it promising video games to look out for.

Read on below to find out all the titles we’re eagerly waiting for!

Outriders is an intense action RPG third-person shooter game developed by People Can Fly and published by Square Enix. In this game, humanity tries to colonize an alien planet called Enoch in an effort to make it their new home. However, the mission goes awry when the group of soldiers and explorers arrive and begin to investigate the source of a mysterious signal. They encounter a powerful energy storm (known as “The Anomaly”) that kills some of their team members and infects others, giving them strange superhuman powers.

Nier Replicant ver. 1.22474487139… is an updated version of the original NieR Replicant which was previously exclusively available in Japan. Created through a collaboration between Toylogic and Square Enix, the video game follows the story of the titular character Nier, who goes on a journey to cure his sister afflicted with a deadly disease identified as the Black Scrawl. Throughout his quest to find the Sealed Verses, he is accompanied by supporting characters like Grimoire Weiss, a talking book.

BANDAI NAMCO Studios Inc. and Nintendo is set to release New Pokemon Snap this April, which is a first-person video game that lets players experience what it’s like to be a Pokemon photographer. The goal is to explore the Lental region and take photos of the wild Pokemon residing in the different islands to build your Pokemon Photodex. In doing so, you’ll be able to closely observe Pokemon behavior and watch them in their most natural state. Alongside Professor Mirror, you’ll also need to piece together your observations and the photos to uncover the secrets behind the Illumina phenomenon.

Players who love sci-fi shooting games are in for a wild ride with Housemarque’s Returnal. Published by Sony Interactive Entertainment, the PS5 exclusive puts you in the shoes of Selene who is hurled into the mysterious alien planet Atropos. The gameplay involves having to survive and escape the planet without dying. Each death takes you back to square one and forces you to navigate a completely different environment every time you respawn. The idea here is that the planet is also continuously evolving as you gain more experience and become more familiar with your surroundings.

The eighth installment to the popular Resident Evil series, Resident Evil Village is a thrilling, edge-of-your-seat horror survival game that brings your worst nightmares to life. Players take on the role of Ethan Winters, who returns a few years after the terrifying occurrences of Resident Evil 7. Trying to recover from the onslaught of the past, his peaceful life with Mia is once again shattered when Chris Redfield attacks them and kidnaps their daughter. Ethan must face his fears again, uncover Redfield’s real motives, and escape this new nightmare.

Major improvements on visuals and a more immersive gameplay are some of the things to look forward to in Bioware’s Mass Effect Legendary Edition. The release includes the remastered versions of all three titles in the Mass Effect trilogy (Mass Effect, Mass Effect 2, and Mass Effect 3) and features game-changing modifications that gives players a smoother experience. Taking place in the Milky Way Galaxy in the 22nd century, gamers are introduced to the world of protagonist Commander Shepard, who is a skilled soldier tasked to fight off a relentless enemy called The Reapers.

Deathloop is a fast-paced first-person shooting game that lets you walk in the shoes of an assassin named Colt. The goal of the game is for you to kill eight targets before the clock strikes midnight. While it seems fairly easy enough, the catch is that you’re also being tracked down by an agent named Julianna, who is tasked to kill Colt before he is able to complete his mission. Similar to a Ground Hog Day scenario, the game repeats itself whenever you fail to kill all the targets or get caught by Julianna. You can also choose to play as Julianna, when you go on multiplayer mode, and hunt down other gamers playing as Colt.

Experiment 101 and THQ Nordic’s Biomutant is a third-person open-world action RPG that’s set in a post-apocalyptic world. A massive oil flood that comes up from the ground devastates the Biomutant world and wreaks havoc on its Tree of Life. The tribes scramble to restore it as the fate of their world vastly depends upon it. The player is basically a mutant cat warrior with badass martial arts skills and special weapons. At the beginning of the game, players can customize their hero’s appearance and their choice of attributes will affect how their character performs in combat.

Square Enix is releasing an enhanced version of the Final Fantasy VII Remake and they’re introducing it to fans as Final Fantasy VII Remake Intergrade. The updated version features familiar faces, including Yuffie Kisaragi, a previously optional character who now takes center stage in one episode. The remake promises higher quality graphics and exciting gameplay additions that brings about an entirely new layer to the video game. The newest episode highlights Wutai operative Yuffie as she attempts to steal the potent Materia from Shinra Corporation.

Zombies, gore, and blood—yup, it’s got all the makings of your typical zombie shooting video game. Developed by Turtle Rock Studios, Back 4 Blood takes its cue from the first-person survival game Left 4 Dead. In this game, humanity has been infected by a rare disease that turns them into the “Ridden.” Players must fight for survival, save what’s left of civilization, and ultimately destroy those infected with the virus. You can play this game on your own, in co-op story campaign mode or competitive multiplayer.

In the meantime, while you’re waiting for these video games to arrive, you can play crowd-favorite mobile games like Mobile Legends, Arena of Valor, Clash of Clans, and Clash Royale or enjoy watching game live streaming of the hottest games on Facebook Gaming through Smart’s Giga Games. The Giga Games promo includes data to access any site or app and an additional data allocation for games. You can register by dialing *123#. To learn more, visit this page. 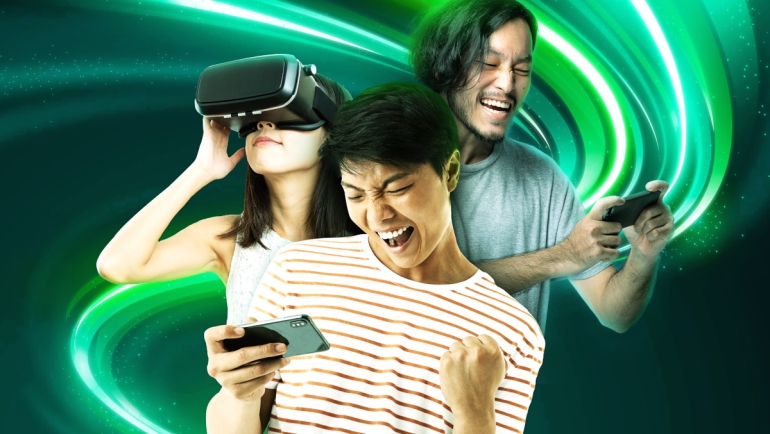 5G Smartphones for Every Gamer, at Every Budget 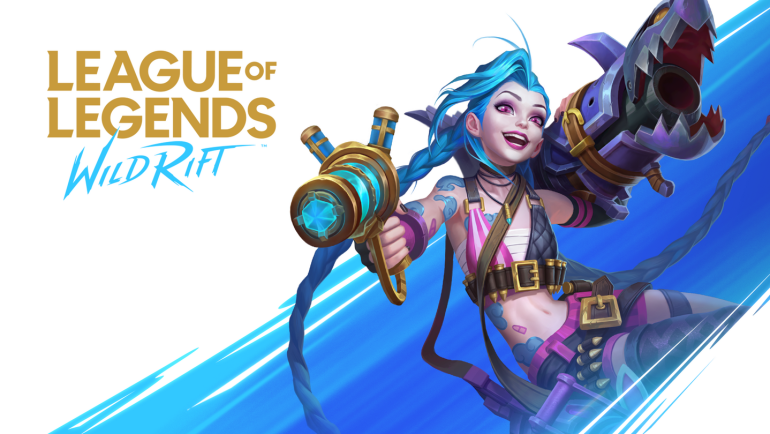